wahhh! my stagnant brain cells went to work again!
Astronomy sucks! that's why everybody hates that topic! We need an aeronautics engineer down here! Hahaha!

Good thing, another payday weekend coming up! when I say weekend payday, it means 3day sales.. These malls are siphoning my money, having to travel, then stroll, then after you get tired, eat! Expenses, expenses, expenses!

But I can't resist the temptation, after window-shopping all those years!

Categories: memories, some matters do matter 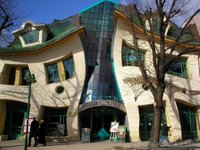 "Crooked House"
You know that your looking at a real building right? The Crooked House, built in 2004, is an addition at a popular shopping center, and is a major tourist attraction in Sopot, Poland. We just wonder what happens when someone who's under a controlled substance sees this building for the first time in their life. 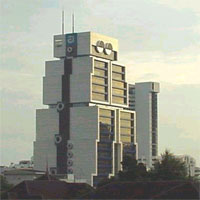 "Robot Building"
The great Bank of Asia is a famous building in Bangkok. It was made way back in 1985, and its robotic appearance is just a symbol of banking in the modernize world. It also has the ability to transform into a spectacular robot. So, if Godzilla ever decided to show his green face in the land of Bangkok, they would have to fight! "Dancing House"
Here's a building that should get your attention when walking pass it. The Dancing House is considered as one of the more real controversial buildings in Prague. A talented architect from California designed this House, which only proves that he had done some hallucinogen while designing the damn thing.

start of the ber-months. it's basketball season once again. To start with, its already the finals in the NCAA, with Philippine Christian University and San Beda College desputing for this year's crown. i don't have time to watch it (games are M-W-F), because of the work schedule (naks! WORK!).
San Beda has improved under coach Koy Banal, and with their notable addition, Nigerian Sam Ekwe, they are tough to beat. But PCU are in the Finals for the third straight year, so they know how to play under pressure. I won't put a bet on any team, since i haven't watched (couldn't watch) any of their games.

While in the other (more popular) tournament, the UAAP, the Ateneo Blue Eagles advanced to the Finals after beating the Adamson Falcons, but "NOT" without a scare.
Meanwhile, the UST Tigers saw a ray of life as they beat the UE Red Warriors, which had a twice-to-beat advantage. I hope its still Ateneo-UE showdown, coz they are the powerhouse teams.

URC's claim as an "alternative" to sodas: C2 green tea, has launched 4 new flavors, namely: Kiwi, Lychee, Forest Fruits and Strawberry. I've tried the first 3. Forest Fruits, which is predominantly grape flavor, and Kiwi are new to my tastebuds. But still, nothing beats the black tea flavor.

But I've heard that they (C2) are under market testing. Eventually dropping the two least marketable.
So hurry! Products good while supply last. Do I look like an endorser here? (Don't even think about it! They'll go bankrupt if they tap me..) 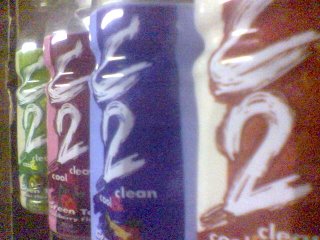 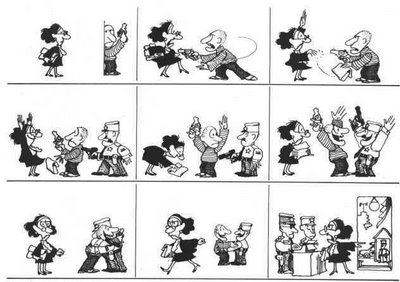 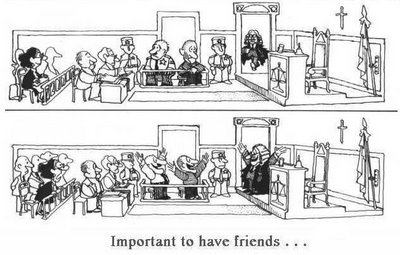 It's down to four, Spain, Argentina, Greece, USA. But before that, it was a very interesting elimination round. Although I haven't watched any games, it's nice to read that the lightweights are closing the gap with the heavyweights. Angola gave Germany a run for their money, bowing out after 3 overtime periods. China beat Slovenia in a buzzer-beater. France losing to Lebanon. And other close-margin games.

Update: What a SHOCKER! The two favorites to meet in the finals, USA and Argentina, lost their semifinal match against Greece and Spain, respectively. Team USA had troubles with their outside game, as other nations are closing the gap by utilizing the perimeter. This is because the NBA promote the individual talents with their isolation plays.

Let's switch back to Lebanon, who played against Team Philippine for a couple of practice games prior to the tournament. The Philippines beat the Lebanese in those two games. Oh! It was just a practice game, hiding some of their best-kept tactics. But at least, we have a chance in world competitions, just like them.

To switch or not to switch

Oh my! I forget to post my analysis on the Draft. Sorry for the delay... Been too busy at work. Better late than never!

1. Sta. Lucia – Kelly Williams. SLR is looking for a player who can do everything, a super-athlete… No wonder they changed their team policy on hiring half-Filipino players. Good and bad for Williams, good in the sense that he can showcase his talent right away. Bad is that his wear rate will be fast ‘cause he will be asked to (wrong! he needs to) play the 2, 3, 4, and 5 positions (whew! hopefully, not at the same time), and worse, there’s no such thing as help. Take that!

2. Air21 Express – Arwind Santos. FEU. A multi-awarded, player, during his amateur ranks, will have to battle for minutes against mainstays Ranidel de Ocampo and KG Canaleta, who plays the same position. #19 fans, prepare to see him wearing another number.

3. Coca-Cola – Joseph Yeo. DLSU. The Ninja, as they called him, has a lot of work to do. He is an undersized slasher, and has a limited range. (tsamba ‘pag nakashoot ‘yan ng jumpshot, that’s all). What nice with him is: (drums) introducing! PBA trash talks. Who will emerge as Payton’s protege: Yeo or Caguioa? Basically, I don’t know what the Coca-cola management is up to.

7. Alaska – Aaron Aban. Letran. Leaping ability is also a ticket to the professional league. It brings excitement to the audience. Can’t wait to see triple A in the slam dunk competition.

8. Talk ‘n Text – Mark Andaya. Letran. An overrated pick! A project that is. This is PBA, not the NBA. Haven’t seen a successful project yet. Another Frederick Canlas/Erwin Sotto/Mark Kong in the making.

9. Purefoods – Boyet Bautista. Letran. Third Knight to be drafted. One thing is for sure: someone has to go… goodbye, Artadi! As quick as Artadi but wayyyyy better shooting.

10. Welcoat – Abby Santos. UP. A new team just entered the league. And they need players, especially big men. It’s nice to see this guy developed his perimeter game, a recent requirement for a big man. Had an impressive showing on the rookie camp. Wished Bautista landed here, so he could play more minutes.

Notable name left in the waiting room after the first round: Ronjay Enrile. I wonder why he got unnoticed. A former NCAA MVP and a star Knight before Bautista and Aban took over. Didn’t make waves in the PBL, maybe that’s why.

Players directly raised by Welcoat from their PBL roster: Jun-jun Cabatu, Jay-R Reyes, and Jay Sagad. Most notable of them is Cabatu, son of former PBA player Sonny Cabatu, who vastly improved in the PBL.